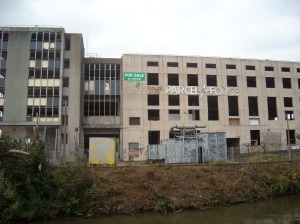 Once more the discussion turns to growth and prosperity, with the launch of the Smith Institute report on ‘Making local economies matter’ written by John Healey MP and Les Newby. This new report looks in detail at the policies lessons to be drawn from how the Regional Development Agencies (RDAs) worked and assesses the early experience of their replacement bodies – Local Enterprise Partnerships (LEPs). It’s a timely piece of work, that follows on neatly from the JRF report on Economic Growth and Poverty (which I blogged about here) and has been produced in time to feed into political manifestos and policy debate leading up to the 2015 General Election.

I don’t intend to do a full review of the report, as I am sure others will cover that better than I can, but I will draw out a few key issues that resonate with my experience of LEPs and where concerns have been raised before. There is much to be welcomed in this report as it provides a good discussion of many of the big issues relating to local economic development, the role of LEPs and who decides where priorities should lie. When you look back at the RDAs it’s interesting to note just how much wider their role was than the partially self-imposed narrow role that LEPs seem to have taken up. RDAs did have a long term vision for physical and social regeneration, and the important point to note here is their role in ‘social’ aspects not just economic and physical regeneration and growth. This is definitely something missing from the LEP remit. They also planned for the long term and set out a strategic vision, without the RDAs we seem to be moving back to short term bidding for funds and delivery of government programmes without any long term vision available for what we are actually trying to achieve. Clearly a mistake, as this leads to lack of coherence, lack of coordination and an inability to really address the issues that matter.

The report picks up on 7 key areas where policy changes or improvements are needed in relation to LEPs, these are set out below:

I don’t intend to cover all of these areas, just the ones I think are most important. So, I’ll start with the debate around functional economic areas (FEA) and how we ended up with the LEPs we have now. In my experience this was definitely a local political decision, influenced heavily by local authority politicians and officers who were keen to keep FEAs to fit with local council boundaries. In the West of England this was certainly the case, as others tried to encourage discussion about a wider geography, potentially focusing on the M4 corridor or linking with Gloucester/Cheltenham urban area, the council representatives were keen to close this down and ensure the boundary fitted with the four local council areas. Is this the best FEA or could it be better? It’s certainly the smallest in geography and population of all the core city LEPs and sits within the list of smallest LEPs in the country only just hitting the 1 million population mark. I guess it works as a city region, but only just, and it could have been far more creative and innovative to go with a different geography based on where the growth really is and potentially far more powerful if it had encompassed other growth areas.

For me though, the biggest issue that this report raises is that of regional and local disparities and the role of LEPs in addressing these. The analysis at the beginning of the report makes it clear that because much of the initial funding to LEPs was based on a flat rate, that actually meant the smaller LEPs, often those in the most prosperous areas, got a higher rate of funding per head than those most in need in the least prosperous areas. There’s an interesting debate here that I recall from various business discussions in the Bristol city region – do you invest in the areas that are most able to provide growth and GVA contribution to UK plc or do you invest in those areas that most need it. Of course the conclusion to that discussion in Bristol is very much focused on invest here because we can contribute more as a prosperous and growing area. However, all that does is increase the regional disparities that already exist and consign other areas of the country to continued decline, whilst areas like Bristol do quite well and continue to prosper. It’s an interesting conundrum for any government to address and the current approach seems to be giving to those that already have rather than those that don’t, but surely not an approach that can continue indefinitely?

This, of course, also all comes back to how you define growth, the subject of another blog I wrote recently – Economic Growth & Poverty. In the Smith Institute report they talk about ‘good growth’ being the aim rather than economic growth and argue that the concept of growth that the LEPs are addressing needs to be clarified:

“The concept of ‘good growth’ or ‘sustainable economic development’ infers a focus on achieving growth and on the way in which it translates into employment, incomes and opportunities for disadvantaged communities, and low carbon/environmental benefits. Adopting a good growth agenda for LEPs should support wider policy messages about the need for growth to a make difference to people’s pockets and to reduce poverty.” (p.58).

Now if the role of LEPs were to be widened to encompass this concept of ‘good growth’ then the Single Economic Strategy for each LEP area would look very different and would have to address issues in a much more holistic manner than the current SEPs do – what a welcome change that would be! But LEPs cannot do this on their own, the local economic plans would need to be set within the context of a national plan – a national strategy for addressing regional disparities and one that focuses on areas of disadvantage. This would enable LEPs to address similar disparities at a local level and focus on the issues that really matter rather than those that fit neatly with certain funding pots.

There’s clearly a big debate to be had about the issues that LEPs cover, and to a point this depends on other issues, such as accountability and nature of the organisation. If LEPs continue in form and structure as they are at the moment, with such a big emphasis on less than transparent appointment processes, focus on business and little role for representatives from other sections of society, then I suspect any widening of their role will be resisted from all sides. However, if accountability is improved, processes of appointments to the LEP boards are opened up and clear output based measures are introduced to assess and monitor performance, then there could be a wider role in strategic planning, housing and social regeneration.

I look forward to seeing how the debate progresses, but certainly for me the important issue here is the focus on a different type of growth – good growth – that translates growth into addressing inequalities and disparities and doesn’t rely on ‘trickle-down’ as a means of ensuring everyone benefits.